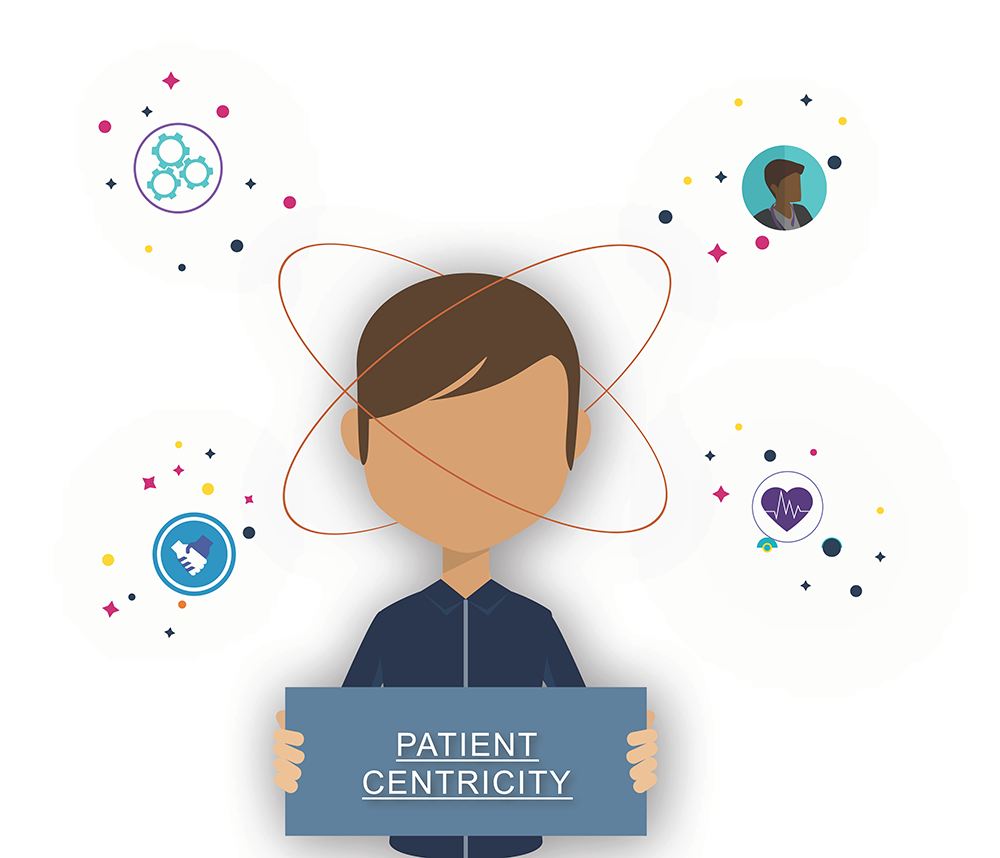 Why is patient centricity important to pharma?

The shift from “Parent-Child” to “Adult-Adult” consultations. In recent years the relationship between patients and their healthcare providers has become much more balanced, with patients taking an active role in the decisions made regarding their health. I remember, as a junior doctor in the late 1990s, a patient presenting me with a printout of some research on an experimental treatment they wanted to try. At the time, this was unusual enough to be a conversation topic in the Doctor’s Mess later that day – now, it is increasingly common that patients will have researched their condition and will come to consultations armed with questions and ideas. As the fifty-plus population becomes more and more tech-savvy, conversational consultations will become the norm, with an equal exchange of ideas, thoughts and opinions. The “Parent-Child” engagement, in which a Doctor tells the patient what is best for their health is very much on the way out.

At the same time, Governments and Payers are putting much greater emphasis on the patient experience when assessing new therapies. In the UK, it is increasingly becoming standard practice that patient groups will be represented during NICE appraisal meetings.

When should a company be patient centric?

The simple answer is “always”. The patient voice can be valuable at every stage of a drug lifecycle, from preclinical development through to marketing and beyond. An increasing number of companies have been involving patients in clinical study design – working out ways in which patient participation can be made easier – for example, reducing hospital visits, checking pulse rates on smartphone apps at home etc. During the prelaunch and perilaunch phase, it is important to fully understand the needs of the patient population. This is when patient advocacy group engagement can be extremely beneficial – finding out what the current issues are with the disease, what problems need to be addressed from the patient perspective. A company which demonstrates a true and honest commitment to help improve the patient experience of their disease could find themselves with a very powerful advocate. Importantly, the patient insight shouldn’t end after launch. Involve the patients in the design and delivery of patient support programmes. Patient centric services can support drug adherence – a very hot topic in many chronic diseases, as well as improving general wellness and keeping patients informed about their therapy.

Compliance and Regulations One of the first objections which often comes up when discussing direct engagement with patients centres around compliance and regulatory issues. Certainly, patient engagement needs to be very carefully considered, and companies will need to have very clear processes and procedures to ensure all activities are thoroughly vetted and signed off, but there are many entirely appropriate and valuable activities which can be undertaken with patients without fear of breaching the Code. Patient Advocacy Groups and Charities In terms of forming relationships with advocacy groups, those of us who have been in the industry for a while will be all too aware that some patient groups have been very reluctant to engage with pharma and want to retain their independence. Having said that, there now seems to be a shift in attitude – and most of the larger groups now actively encourage collaborative relationships. Company Culture Probably the biggest barrier to a company becoming fully patient centric is the cultural change which is required. This is a new way of doing things, and will require changes in strategy and structure, but most importantly, will require a shift in belief and culture. As with everything, this will need to be led from the top if it is to be successful, and big decisions will have to be made about new roles, new SOPs and ways of working. Marketing and office Medical teams, in particular, will need to adapt their strategies to incorporate patient input, and the results of these engagements could lead to unexpected changes to future plans.

There is no doubt that patients are now firmly established as very important stakeholders for pharma to engage with – not just as end-users and “Prescriber influencers” but in terms of helping us to really understand a disease, its management, and what is most important to the patients. After all, that’s why we do what we do. To become fully patient-centric, a company will need to make fundamental changes to the way it works. However, on a personal level, we should all try to become genuinely patient-centric, even if we’re not in a position to speak to patients directly. In interactions with Healthcare Professionals, sales reps, KAMs and MSLs should show a genuine interest in the patient experience. Try to get preceptorships set up so you can sit in on a clinic. Ask the HCPs about what matters to their patients. Which side effects are they most worried about? Which symptoms do they most value being controlled? What other support do they need? All these insights will be hugely valuable to a company which genuinely puts patients at the heart of what they do.